Hamilton Hatter, educator, and inventor was the first principal of Bluefield Colored Institute in Bluefield, West Virginia.  Hatter was born on April 24, 1856, in what was at that point Jefferson County, Virginia but which in 1863 became part of West Virginia. His parents Frank and Rebecca Hatter, his maternal grandparents, William and Lettie McCord, and his paternal grandparents, James Hatter and Matilda Hatter were at the time slaves, and Hatter was born enslaved.  Despite their status, the parents and grandparents supported Hatter in pursuing his later academic achievements.

Young Hatter attended school in his hometown, Charles Town, West Virginia.  In addition to his regular school studies, he learned carpentry, house framing, and became a skilled mechanic who could construct machines and make plows.  He continued this work into his adult life and in 1893 at the age of 37 according to the Bluefield College Centennial History; Hatter received the patent for an intricate machine that improves the harvesting of Indian corn 1893.

Hatter enrolled in Storer College in Harper’s Ferry, West Virginia, graduating in 1878.  As was often the case with the brightest students who attended these new black colleges, he was asked to teach in the academic department.  His maternal grandparents, the McCords funded additional education at the Nichols Latin School in Lewiston, Maine. He received his certificate of completion in 1883.

Hatter spent the next five years in New England and during that period he enrolled at Bates College while managing a sawmill graduating in 1888 with second honor in psychology.

Returning to Harper’s Ferry that year, Hatter rejoined the faculty at Storer College where he taught Latin, Greek, and Mathematics. He also started the Storer Industrial Department and oversaw the construction of the main campus.  Three years after his return, Hatter was named to the Storer College Board of Trustees serving until 1906.

In 1895, taking advantage of the Second Morrill Act which provided federal funds for the creation of African American colleges, West Virginia Senator William M. Mahood sponsored a bill that established Bluefield Colored Institute.  Bluefield, West Virginia was selected because it was within 100 miles of 70% of West Virginia’s black citizens.

One year later Bluefield Colored Institute opened and West Virginia Governor Virgil A. Lewis appointed Hamilton Hatter as its first Principal.  He would serve in that capacity until 1906.  While there he oversaw the construction of Mahood Hall, the administrative building, as well as Lewis Hall and West Hall dormitories.   Bluefield Colored Institute grew from 40 students when Hatter became Principal to over 180 when he retired.

Hatter was also politically active.  In 1892 he became the first African American in West Virginia to receive the Republican nomination for the West Virginia House of Delegates.  He frequently attended County, State, and National GOP Conventions and campaigned for other party candidates.

By World War I, however, Hatter was authorized by Democratic President Woodrow Wilson to be a Four-Minute Man. During the four-minute intermission at theaters, these men would stand before audiences and speak in support of the president’s policies.

Hamilton is our great-granduncle!

The Hayes family was there too!

William Roy Hayes subjected to mustard gas in WWII had died before any of his grandkids were born.  We are told he wore a wide bandage around his stomach to hold everything in place. When he was young, he was quite a cowboy in the Sandhills of Nebraska, which was saying a lot.

Thanks to the long hours, days, months, and years of our researching family members, we have begun to discover what kind of people we descend from. We are learning the true essence of their spirits and characters. Additionally, researching the political and social climate during their years, helps us put events and reactions into proper perspective. We now understand the why and how of the family migration routes and how it was possible for our parents to meet on horseback one spring day on a 22,00-acre ranch in Cherry County, Nebraska.

Now Grampa Hayes was born 17 Jul 1889 in Brunswick, Chariton, Missouri to Caroline Birch and Ewiel Lafayette Hayes. William Roy was their third and last child.  Less than ten years later his mother Caroline died in 1897, of Chronic Gastritis. His father remarried to a lovely lady Mary Stanley by 1910.  Records show that  Ewiel Hayes and his new wife left the children with their maternal grandfather Joe Birch for a time. They traveled north to Nebraska to explore taking advantage of the Kincaid Act of free land to farm. The kids came later and in fact, William Roy also purchased 295 acres of land near his father’s 360 acres. Uncle James came a bit later, and he bought 387 acres of land. The Hayes men realized early on that the land was poor for farming, so they invested in cattle and worked hard to etch out a living. They lived in a community of honest, hard-working homesteaders, who only wanted a better life for their children and respect from their fellow homesteaders. In the Sandhills of Nebraska, the race issue was not a card that was often played. These homesteaders knew they needed each other to make it in this harsh environment of bitterly cold winters and sandy soil that was not a farmer’s friend. In Audacious, the children were all taught together. Barns were erected by the community as the women would prepare a feast. Yes, there was a division of sorts but it was not a major negative that polarized neighbors. Roy was married to Goldie Walker a week thought of teacher (who would later become a principal) and they had three children. Sadly, they would lose their youngest to a fall from a horse. Roy would live long enough to see his only daughter Wilma (math major) graduate from college and marry another college graduate Gaitha Pegg.

Roy was remembered fondly by one of his neighbors in these stories told to me by Vickie;  ” Even after he got so sick, he would sit on the front porch of their house in Valentine, and rope the kids as they ran by……they kept him busy all day…just trying to make it by without being caught.

Don Colburn told me this story. When they were living north of downtown, they were on the Chaloud place about 2-3 miles west of our home. Douglas’s wife said that their barn was burned down at that time, and horses killed.” All the neighbors came out to help, White, Black Indian it didn’t matter! Another story Vickie shares: “According to my late aunt……one especially harsh winter, many of the homesteads ran out of hay for livestock. My grandfather Tate had a slight surplus and could share. Roy Hayes was given a wagon loaded with hay. Another neighbor was given the same (white man) – later that year Roy returned with a wagon full of corn for grandfather – the other man never stopped, again. Grandfather said, “Now, you tell me which one is white!”

So when I couple these stories with the ones my parents told us, I’m left with a real sense of William Roy Hayes. For starters, he was kind, loving, and honest!  Yes, I missed out on being in the company of my grandfather but I’m so proud to know he was a good man. A man whose character was above reproach, a gracious man indeed. 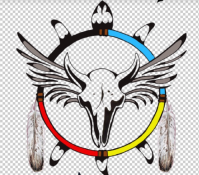 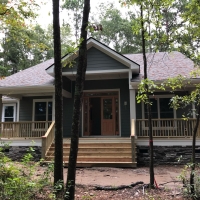 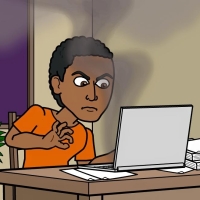