Here are some more neighbors that were the backbone of the community and who also held the dream of a better life for their family and themselves.

The William H. Rann Family story begins with William and his brother James, we conclude who made their way to Canada from Kanawha, Virginia. Once on the solid land of liberty they set out to build a life. William married Melany, and they had a son William Jr. and James married Ann, and they had a son William and daughter, Sarah Ann. They were Bible Christians and hard-working farmers.

These two families were among a group of nine families that that decided to head back across the border and claim their rightful place in America. The Kincaid Act of 1862 supported their decision, and so the 1700-mile journey began. Later, In June of 1880, most of them were able to gain more land under the revision in 1904 of the Kincaid Act that allowed for 640 acres; this gave the aspiring farmers a fighting chance to succeed. The Rann family worked land with the William Small, Alfred Robinson, Leroy Gield, and James Washington families. Not far from the Emanuel, Riley, and Walkers. Forming a co-op of sorts that ensured everyone would benefit from their labors. No one went without food, clothing or shelter. They took care of each other.

So please take a moment and remember our humble beginnings and the people who gave their lives in the Sand Hills of Nebraska. 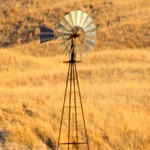 Their point was not to establish a generational farming community but to create a base for their children and future generations as well as excel in whatever field they chose.  And they had the audacity to think they could.